Coveted will excitingly present over the upcoming weeks a few compelling projects regarding the entertainment industry. Starting off with Las Vegas Hotels In Movies, we will feature the best blockbusters or drama films that, at a certain point, took action in the luxurious Caesars Palace Hotel & Casino in Las Vegas. Shall we take a look at some of those enthralling motion pictures?

This hugely successful comedy geared up an impressive box office. One of its most remembered scenes was when the band of friends checked in the Caesars Palace, and Galifianakis character iconically said, “Did Caesar live here?” in reference to the Roman Emperor, to which the clerk answered “no,” this become quite the riddle in the hotel afterward according to assistant general manager, Sean McBurney.

The Only Game in Town

This peculiar motion picture starring the incomparable Elizabeth Taylor and Warren Beatty was one of the first films to be filmed at the Caesars Palace.

The academy award-winning film headlined by Dustin Hoffman and Tom Cruise made a mammoth impact in the community. There was one emblematic scene which was filmed in the Emperors Suite that shows Cruise’s character teaching Hoffman’s savant one how to dance. A simple gesture yet full of emotion that will be remembered past beyond its years. Plus, the brothers had an amazing time at the casino!

Also taking place at the Emperors Suite, this 2003 dark comedy led by George Clooney and Catherine Zeta-Jones made the audience hold on to their seats. 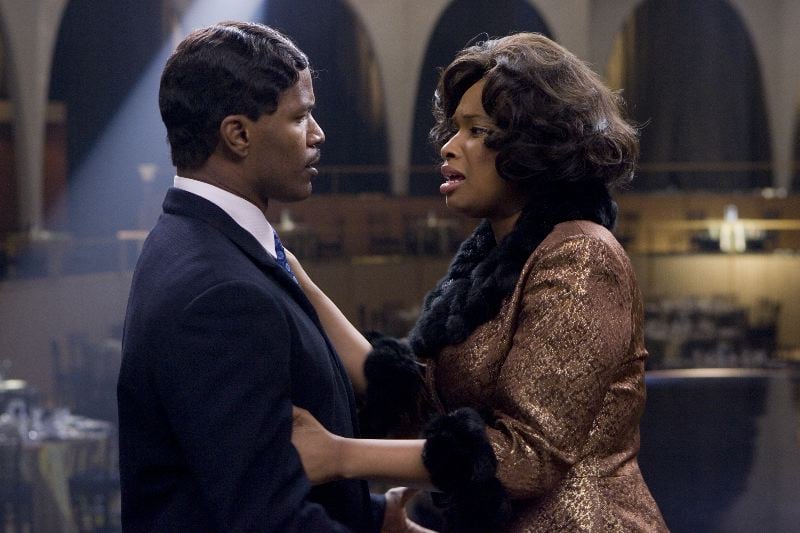 The indulging musical production led to one of the most impassioned performances in film history, as Jennifer Hudson sang her heart out in one of the palace’s showrooms. The love song was entitled “And I’m Telling You I’m Not Going” and eventually Hudson went on to deservingly win the Oscar for supporting actress.

Iron Man may be the most famous marvel character in comics history. Unsurprisingly, Stark, played by Robert Downey Jr., won an Apogee Award at the Caesars Palace which was presented by Terrence Howard’s character, James Rhodes. The Palace can also be seen when Tony Stark is flirting with a reporter at the entrance of the hotel.

Out of Curiosity, did you know that about 27 movies have been directed at the Caesars Palace? Sure enough, it is one of the most coveted locations due to its exuberance and elegance. In addition, its architectural design simply leaves you speechless and the same can be recounted for its majestic interiors.

Care to comment which one is your favourite and make sure to visit the spellbinding Caesars Palace.

For more trends and information follow and subscribe to CovetED Magazine! In addition, watch the video below with an exclusive tour of our Covet House.